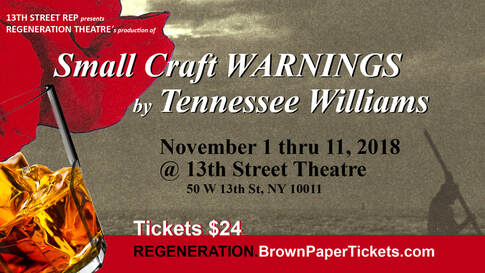 Regeneration Theatre was proud to bring this rarely seen 1972 Williams play back to New York City in an intimate production at 13th Street Repertory theatre.

This intensely personal piece features lost souls with nowhere else to go but the bar in which they find themselves night after night. The system has let them down and so they rely on the kindness of each other, which often turns into the petty and passionate squabbles with occasional violence, that only tight knit families know about.